Everything about Eating Disorders: Types, Causes and Symptoms
HomeHealth Tips

Everything about Eating Disorders: Types, Causes and Symptoms

0
11 Best Good Morning Habits For Health: Make Your Day Brighter!
Possible Causes of Aggressive Behavior: How to Fix Them
Heart Attack Symptoms: These 9 Signs will Warn You before 1 Month
What Are the Types of Diabetes: Everything you Should Know
What Are The Functions Of The Endocrine System In Human Body?

You may eat foods to control your mood.

However, persons with eating disorders have an unhealthy link with foods.

This may eat excessive or inadequate foods.

You may become obsessed if you have an eating disorder.

An eating disorder may occur to anybody.

No matter the culture, age, gender, or ethnic background.

It is calculated that about 30 million people disorder in the United States are suffering from an eating. 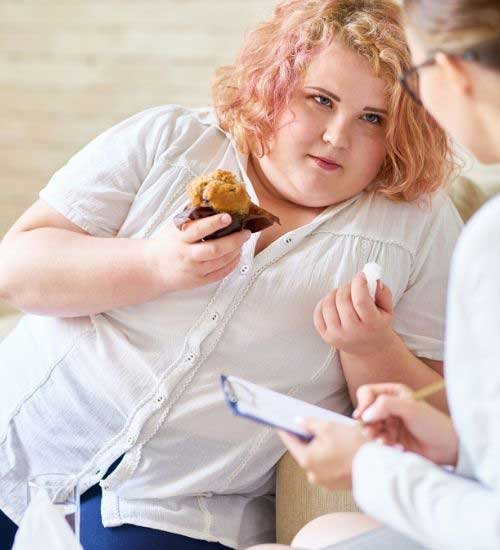 A person with anorexia always tries to keep their body’s weight as low as possible.

He or she may think they are becoming overweight even though others say you are seriously thin.

This category of people may panic, gaining weight and discourage them from eating more.

Read More: Foods for Depression and Anxiety: Should or Shouldn’t Eat

A person with bulimia is commonly suffered from an unhealthy eating phase.

They usually eat lots of food and then try to do something for weight loss. They may make vomit, take cathartics, or over-exercise.

This type of eating is called ‘binging’ or ‘vomiting.’ A person with Bulimia Nervosa will commonly have a normal body weight.

Other people usually do not see having these problems.

A person with binge eating disorder usually eats lots of food in a short time regularly.

As with bulimia, they won’t feel control of eating. It is happened due to grief.

They may feel disconnected and forget what they have consumed.

Other Eating Disorders and Problems:

This does not mean that your disorder is less severe.

Orthorexia is not a familiar clinical diagnosis.

But many persons fight with these symptoms.

Orthorexia happened if you give too much attention to eating food for feeling more healthy and pure yourself.

It may start as a healthy diet but becomes harsh and compulsive.

You may become disconnected from the society for the reason that your plan your life around food.

A person with pica may eat non- nutritional or non-food objects, for example, paint, chalk, stones, and clothing.

Some of these objects may pass through our bodies without harm.

But pica can be very risky.

It can cause some health issues, for example, stomach and dental problems.

#Chewing Disorder or ‘Chew and Spit:

Somebody may chew and spit out food without absorbing it.

They may do this over and over.

Persons with selective eating disorders may eat certain foods or may refuse to try other foods. SED is common in young children.

But the problem can continue into middle age.

How to diagnose Eating Disorders?

Procedures say which symptoms you should have and how long to get a specific diagnosis.

These are the main recommendations:

A health professional will help you to diagnose. As part of the judgment, they will:

We don’t know the exact causes of eating disorders.

Many people think that eating disorders occur due to social pressures to be thin.

Social pressures could be fashion magazines or social media.

Others believe that it is a technique to stay in control.

# Mental Factors Could Be:

# Environmental factors could be:

# Genetic factors could be:

What should I do for an Eating Disorder?

The first step is to visit your doctor. They can send you to an expert if required.