What Are the Types of Diabetes: Everything you Should Know
HomeHealth Tips

What Are the Types of Diabetes: Everything you Should Know

0
6 Facts that you need to Know about Vitamin D: Dont miss
Tooth Extraction or Tooth Pulling A to Z || Everything You should Know
Best Way to Remove Pesticides from Fruits and Vegetables
9 Funny and Interesting Ways to Develop Critical Thinking Skills
8 Physical Symptoms of Chronic Depression and Anxiety

More or less everybody knows about diabetes.

It is calculated that about 23.6 million people in the U.S. and 7.8% of the total population — have diabetes, a severe and long-term disorder.

Each year, about 1.6 million 20 years aged people or older are identified with diabetes.

So, What Are the Types of Diabetes? 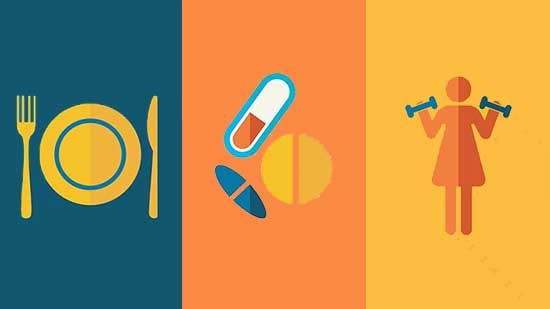 Diabetes is a metabolomics disorder. Our body gets energy from absorbed foods.

Foods those we eat are broken down into glucose (a type of sugar in the blood).

Glucose is the main root of energy for our body.

After breaking down, glucose goes into the bloodstream, where it is utilized by cells for growth and energy.

For entering glucose into the cells, insulin must be needed.

A type of hormone is called Insulin– created by the pancreas, a large gland behind the abdominal.

After eating, the pancreas commonly produces the correct volume of insulin and transfer glucose from the blood into our cells.

However, people with diabetes, the pancreas either makes little or no insulin, or the cells do not reply properly to the insulin that is formed.

Glucose produces in the blood, overflows into the urine, and passes out of the body.

Therefore, humans body generally loses the key source of energy, even though the blood holds large volumes of sugar. Then Diabetes occurs.

What Are the Types of Diabetes?

There are 3 main types of diabetes included:

Type 1 diabetes is an autoimmune disorder.

This type of disease occurs when our immune system destroys the insulin-making beta cells in the pancreas.

The pancreas then produces a little or no insulin.

Right now, experts do not know the exact cause of the body’s immune system to destroy the beta cells.

However, they think that autoimmune, genetic, and environmental issues, probably viruses, are responsible.

Type 1 diabetes is about 10% of diagnosed in the U.S. It develops most regularly in kids and young adults, but can attack at any age.

If type 1 diabetes not treated with insulin, they can fall into a severe blackout, also recognized as diabetic ketoacidosis.

The most common sort of diabetes is type 2 diabetes. About 90% to 95% of people with diabetes have type 2.

This diabetes is linked with older age, obesity, family history of diabetes or gestational diabetes, laziness, and customs.

About 80% people with type 2 diabetes are weighty.

Type 2 diabetes is gradually being got in kids and teenagers.

During the diagnostic of type 2 diabetes, we commonly see the pancreas is produced a significant volume of insulin.  But, this reason is unknown.

After some years, insulin production drops. The effect is similar to type 1 diabetes.

Glucose produces in the blood, and our body cannot use it’s as a main source of energy.

Some people have no indications.

Gestational diabetes occurs in the period of pregnancy.

Like type 2 diabetes, it develops more regularly in American Indians, African Americans, Hispanic Americans, and among women who had genetically diabetes.

About 20% to 50% of Women with gestational diabetes have a possibility of developing type 2 diabetes within 5 – 10 years.